With the Loksabha Election knocking the door, there are high expectations from the NDA Government. In the 2019 Budget, Interim Finance minister Mr. Piyush Goyal has presented the union budget that is to be highly important and rewarding for the middle-class and poorer sections. The Union Budget 2019 has put more emphasis on the economic upliftment of the Indian Finance market.

The budget has declared many splendid people-friendly schemes and decisions that would be hailed with happiness by the farmers and middle-classes. As a financial stress reducer for the taxpayers, this Union Budget is praiseworthy for the betterment of Indian economy. The finance minister has praised the growth opportunity in the Indian financial market and defined it as a financial hub for the world market.

Although termed as the populist budget by some sections, the Union Budget 2019 does not announce any direct sops to the citizens of India. Let us take a tour of the Budget highlights 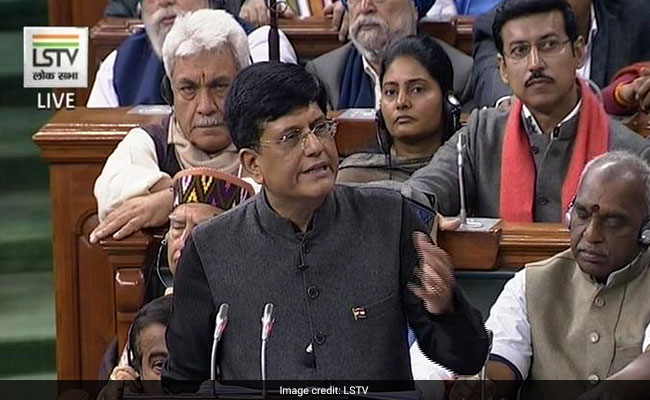 The union budget has made many tax relief schemes that provides a full rebate on tax for individual earning 5 lacs or less annually. While those with income of 6.5 lacs need not pay any taxes on the condition of investing in PF and equities. The tax deduction will be raised to Rs. 50000.TDS threshold also has been increased. The finance minister has also mentioned that tax collection has been doubled in the previous year. As a good relief, the finance minister has promised to make tax returns digital to be disbursed within a day.

The finance minister also hailed the growth prospects of the Indian economy. It has recognized the financial market of India as a bright spot in the garland of all the developing economies. This budget of 2019 assures a decrease of almost 3 percent in Current Account Deficit. There is the glowing hope of Indian economy becoming the fastest growing worth of $ 5 Trillion. GST has been hailed as the biggest economic reform that united the whole of India financially.

The government has also provided a boost to the power and housing sector. The budget also mentions the success of Saubhagya Yojona for achieving free power connection to almost every houses of India. The minister claimed that the process of house building has increased by five times. At the same time, a committee has been made to provide benefits to the house buyers under GST.

The banking sector will witness an overhaul in the next few years. The budget this year claims to adopt a 4R approach that consists of Recognition, resolution, recapitalization, and reforms. It is being hoped that this approach will clean the banking industry.

At a huge relief to the bankrupt farmers, the government has announced Pradhan Mantri Kisan Samman Nidhi that pledges to transfer the sum of Rs.6000 to the bank account of every small farmer in three installments. The Government aims to provide the benefit to 12 crore farmers holding not more than 2 hectares land individually.

The workforce in Unorganized Sector

For those working in the unorganized sector, the central government has gifted a monthly pension scheme under the name of Pradhan Mantri Shram Yogi Mandhan. With a premium of Rs.100 every month, this will be of immense help for the laborers in unorganized sectors.

The Defence sector has been promised a whopping Rs. 3lacs crore in the Budget. From it, 35000 crore will be disbursed to soldiers.

The North-eastern region of India has received an increased expenditure of Rs.58166 crore. this was more than 21% of what the region received the previous year. Single window clearance has given to Indian filmmakers. Those MSME units that are GST registered will enjoy 2% subvention in a loan of one crore.

Five Doubts About Why NFTs Are Getting Popular You Should Clarify.

: Outrageous Ideas For Your How To Choose A Credible Crypto Exchange

The Millionaire Guide On Know These Things Before Minting Your First NFT To Help You Get Rich.