The Parsi community in India will be observing the Parsi New Year on the 17th August 2018. This day will mark the commencement of the Parsi calendar year. Parsi is the Gujarati translation of the word – ‘Persian’. This prosperous day is also known as the Jamshedi Navroz amongst the community. If we see from a global perspective, Navroz is observed around 21st March which is according to the Fasli/Bastnai calendar. It is celebrated in many parts of the world, especially in the middle east and some parts of Asia. In India, the Parsi New Year is celebrated in subsequent months because of the prevalence of the Shahenshahi calendar in the Parsi community.

Jamshedi Navroz is celebrated with great zeal and enthusiasm by the Parsis throughout the nation especially in Gujarat and Maharashtra. Various traditions and rituals are followed by the individuals during this festive occasion. Despite this, Navroz is wrapped up by an ethnic Zoroastrian essence. According to the mythology, this day everything in the universe undergoes a renewal which is done by Zarathustra or Zoroaster. Furthermore, this day is known as the Jamshedi Navroz because of the introduction of solar calculation of the day by the Persian king Jamshed. Parsis also celebrate Jamshedi Navroz in his memory. In India, the community celebrates the Parsi New year around 150 days after the vernal equinox.

When Iran struggled against the Islamic invasion around 650CE, the number of Parsis were reduced to 10,000 individuals. This was the downfall of the Parsi tradition. Eventually, the celebration of the native festivals such as the Mehrgans and Gahambars were also sidelined.

This made most of the Persians flee away from their homeland. As a result, most of them came and settled in parts of Gujarat and Maharashtra. With the precedence of time, the Parsi community rejuvenated and so did their culture and festivals to a bigger grandeur.

This day is celebrated with tremendous excitement by the Zoroastrians. Just like major Indian festivals, Parsi New Year also starts with the cleaning of every house and decoration with the best possible efforts. Special emphasis is laid down on the gateways of the house for welcoming the visitors. The main components used for the decorations are flower garlands along with chalk powder. Apart from decorating the house, Parsis dress up in new clothes and offer their prayers at Agiyari. Moreover, people also inspect their good and bad deeds and look towards the ray of positivity in the following year. 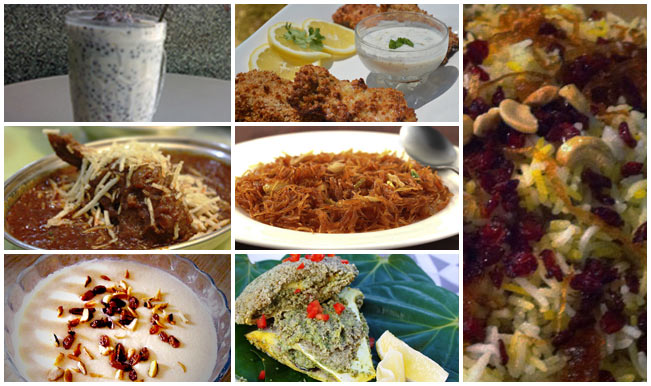 After offering the prayers, Parsis visit their relatives and convey their wishes and greetings. A major highlight is that rose water is sprinkled on every visitor before entering the house which is an important ritual followed of this day. Furthermore, Parsis also relish the taste and aroma of different ethnic delicacies such as the kheema pav, baklava, samanu, falooda, sali boti, moong dal, mayo rolls, chicken farcha, dhansak, and whatnot.

The auspicious day of Jamshedi Navroz shows the harmony amongst the Parsis all over the globe. This day also sets a great example of the survival of an ancient culture in the modern era.

Navratri Durga Puja 2020 – The Rise of the Goddess