Yes, when we say world cup, we are pretty sure you’ll relate to just one thing, that is ICC Cricket World Cup 2019. This highly celebrated sporting event is no less than a religious festival for the majority of Indians. The dates for this glorious championship has been fixed and as each day inches towards the competition, fans have started to do a whole lot of things. From “poojas” to predictions people are using every trick up their sleeves to make sure India brings the trophy home. While everyone is doing their math, we also did some calculations and tried to predict who the winner of ICC world cup 2019 can be. You can choose to skip to the end to find out who wins, but if you know how? read the entire apology. Before beginning, we would like to state that this prediction is completely our viewpoint and has been derived through various permutation and combination that we are going to discuss further. These stats also include individual team performance, player performances and more. So, let’s begin.

To start with, we will make our own list of the top 5 contenders. Removing the rest, we find that these 5 teams will stand on the top. This is considering their overall team strength, a number of matches played and previous world cup records. These teams, in no particular format, are:

Every team has popular, inform players, some who have proved their preparation during IPL 2019.

The Most Balanced Team

Now that we have narrowed down to our top 5 picks, the next step is to find out which team has the most balanced team. Let’s start: After looking at all the teams we can easily say that there is a tough fight to find the most balanced team but narrowing down, we can say India or England have to be on top. Both have very balanced and well-picked players. The bowling and batting attack of each of these teams are carefully arranged. However, we need to pick one and that would be England considering one extra factor that favors them i.e their home ground. As we all know, 4 time hosts England will be repeating history by hosting the World Cup yet again. This gives the home team a substantial advantage over the others.

The last factor that remains is looking at the overall performance of the 2 teams we narrowed down to earlier, England and India. Following are their stats from last year.

As we can see, England and India have yet again proven that each one deserves to be on the top. The numbers are immensity close and choosing one would be unfortunate. But, if we consider the times India and England have clashed, the probability favors England. 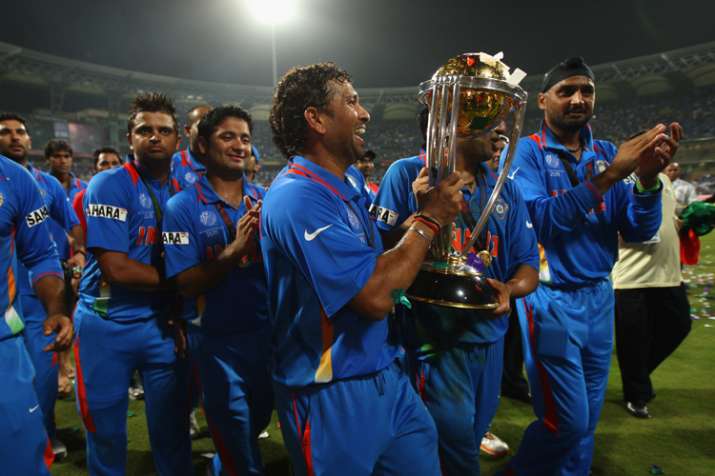 So, which is it? India of England. Well, as you can see in our analogy that England and India have been running in close proximity all along, but there has to be just one winner and that is India. Yes, we know a lot of cricket fans will completely disagree with us. Even our stats indicate that England had to be on top. But, we are forgetting one factor i.e along with other players India has M.S Dhoni, a cricketer who lead India to its ICC world cup win in 2011. We believe, that although Virat Kohli is the captain, Dhoni will provide sufficient guidance to the team and assure its victory. So, what do you think? Who will be the winner of ICC World Cup 2019? Do you agree with our final analogy? Or are you still in favor of England? Well, we would love to hear your thoughts in the comment section below. Thanks for reading.

What Is the Simulated Reality League and Why Is It Popular With Cricket Fans?

Tier 3-4 Cities of India Captured Fortress Gabba and Beyond!